AfghanistanNews
By Lucy Fraser On Jun 9, 2021 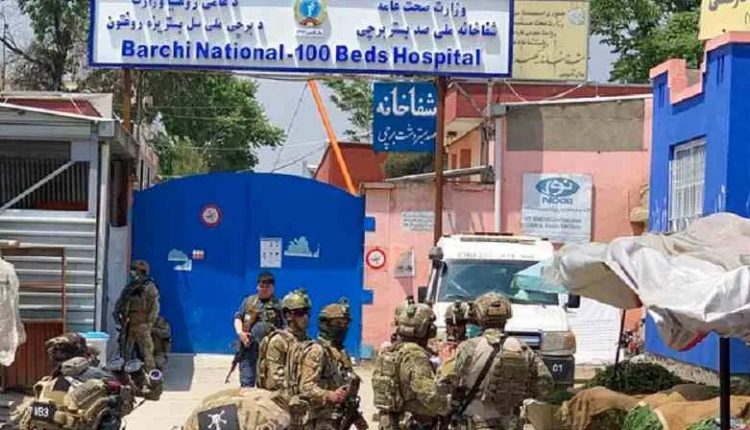 Ten employees of a British-American demining service have been killed in an attack in Afghanistan. Sixteen others survived the violence but were injured.

The extremist terrorist organization Islamic State (IS) has claimed responsibility for the attack. This is reported by SITE Intelligence Group, an American NGO that monitors the online activities of jihadist organizations. Earlier, the government pointed to the armed rebel group Taliban.

Ten employees of the British-American charity HALO Trust have been killed in an attack in the Afghan province of Baghlan, north of the capital Kabul. HALO Trust is an international NGO that carries out mine clearance actions in Afghanistan, among other places. On Tuesday evening, an “unidentified armed group” stormed a HALO Trust camp and opened fire. Ten employees were killed, and at least 16 others were injured.

Nearly 110 employees from local communities were present in the camp and had just finished their working day. The victims of the attack are all Afghan nationals. HALO Trust condemned the violence against its staff. United Nations Special Representative for Afghanistan, Ramiz Alakbarov, deplored the “horrific” attack: “It is appalling that an organization working to dismantle landmines and other explosives and improve the lives of vulnerable people could be targeted .”

Meanwhile, the attack was claimed by the terrorist organization IS. Earlier, the finger was pointed at the extremist Islamic Taliban. Afghan Deputy Prime Minister Amrullah Saleh accused them of wanting to steal “money and unexploded mines” from HALO Trust.

According to James Cowan, the CEO of HALO Trust, local Taliban members helped chase away IS attackers. Zabibullah Mujahid, the Taliban spokesman, condemned the attack on the NGO: “We condemn attacks on defenceless people and see it as an atrocity. We have normal relations with NGOs; our mujahideen (jihad fighters) would never commit such brutal acts.”