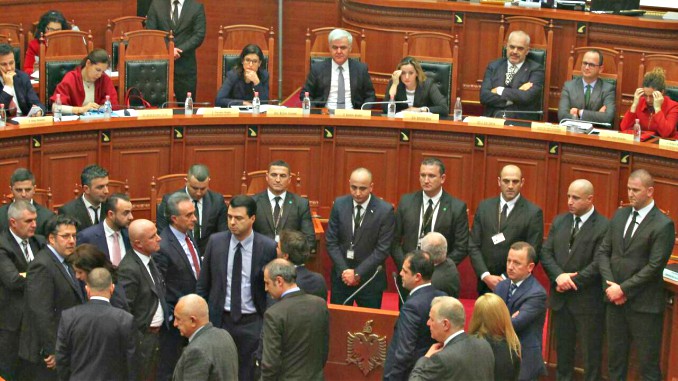 That is the compromise formula that proponents of faster and less rapid accession, such as the Netherlands, have found today in Luxembourg. “Today, we unanimously decided that we would not put the light on green for Albania and Macedonia. This was also the commitment of the Netherlands.

We have agreed to wait for a new progress report from the European Commission next year. Only when establishing sufficient progress is the start of the negotiations possible. That is strict and fair, “says Minister of Foreign Affairs Stef Blok from Luxembourg.

His Austrian colleague Gernot Blümel has been asked to pave the way to the opening of the accession meeting, ‘but only if certain conditions are met’. Austria will take over the rotating EU Presidency from Bulgaria on 1 July.

Apart from the Netherlands, Denmark and France were also heavy on the brakes. , It has become a difficult delivery, “the German minister Michael Roth tweeted from the meeting. Certainly, Albania still has a lot to do when it comes to fighting corruption and the fight against organised crime.

Macedonia (the former Yugoslav Republic) took a significant step by resolving a long-standing conflict with the Greeks about the use of the name Macedonia. From now on, this will go on under the name Northern Macedonia, at least if a referendum does not throw a spanner in the works.

Europe has not only had good experiences with previous enlargements, and has undoubtedly learned a lot from the last significant wave of expansion: ten countries at the same time in 2004. In retrospect, virtually everyone said that the door was then opened too quickly, but according to proponents, this was necessary to prevent Central and Eastern European countries would again come under the Russian sphere of influence.