Bomb Attack in Somalia: At Least 100 Dead and Several Injured

InternationalNews
By Lucy Fraser On Dec 28, 2019 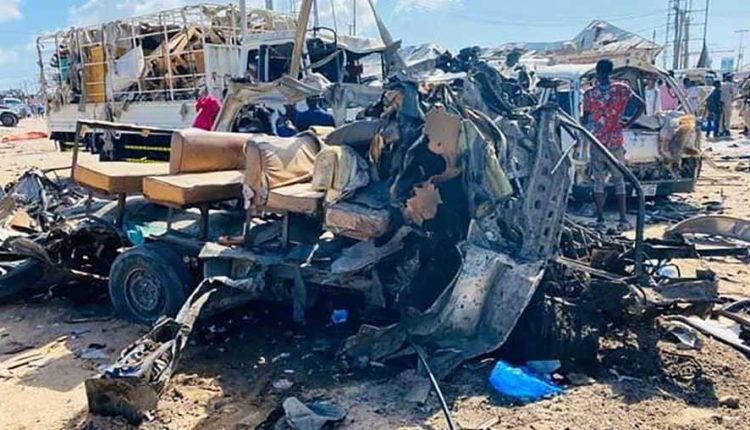 In a car bomb attack, at a busy checkpoint in the Somali capital Mogadishu, at least 100 people were killed today and several people were injured.

“There are more victims, and the death toll will certainly increase,” said an ambulance service spokesperson in the country.

According to a police spokesperson, a tax office was the target of the attack during the busy morning rush hour.

The dozens of wounded, including some children, were taken directly to the hospital. Furthermore, it was mainly university students who travelled by bus that fell victim to the attack.

Witnesses describe a bloodbath. The only things I saw were dead bodies. Due to the enormous explosion, some bodies were so severely burned that they are no longer recognisable, Sakariye Abdukadir tells BBC.

The responsibility for the attack has not yet been claimed. In Somalia, attacks are more often perpetrated by the al-Shabaab terror group, which has links with al-Qaeda.

The Islamic militant movement was expelled by the army from the capital Mogadishu in 2011, but still has some regions in the country.

The deadliest bomb attack in Somalia’s history was committed two years ago in October 2017. More than five hundred people were killed when a heavy truck bomb went off in a busy street in Mogadishu. Hundreds of people were also injured.

No More TikTok for American Soldiers